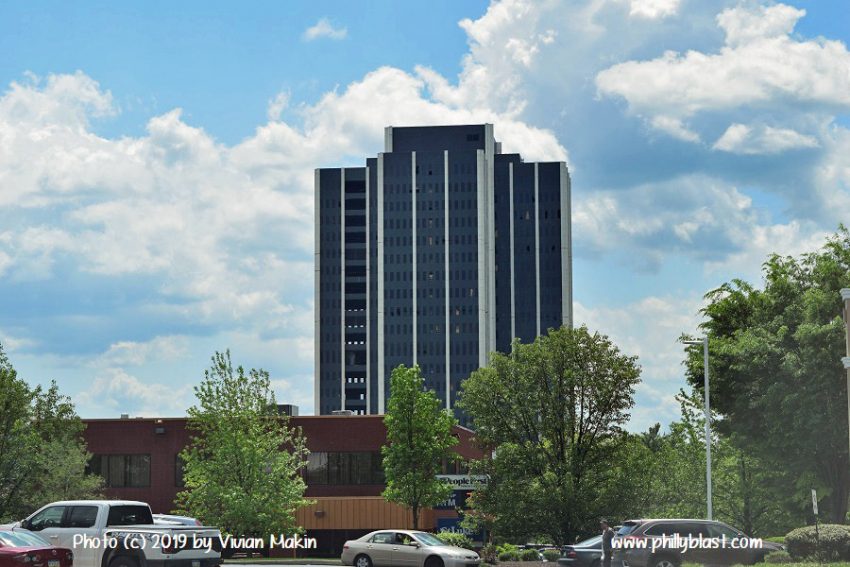 As demolition day approaches for Bethlehem’s 21-story Martin Tower, final site preparations are fully underway. The construction elevator which had been attached to the building’s north side has been removed. Phillyblast was there to see the elevator cars being hauled away.

Additionally, there are several water sprayers being positioned around the perimeter of the site to help in any way they can to cut down on and contain the dust cloud. Although nothing can stop dust from kicking up once the building hits the ground, it’s expected to drift over the vacant property and not extend into the community. The public can be assured that all asbestos has been removed from the site and inspected by environmental agencies.

Controlled Demolition, Inc. has had their explosives hauling truck on site all week, and crews have been setting charges and wiring the building over the past few days. The implosion itself is expected to last 17 seconds from the firing to when it all hits the ground. Typically there are a series of bangs as the det-cord goes off, sometimes followed by a brief pause, and then a second series of bangs as the charges fire in a carefully calculated order to drop the building in the controlled direction. The site and surrounding roads will remain closed until the involved agencies complete surveys, inspection, and street sweeping to make sure public areas are safe.