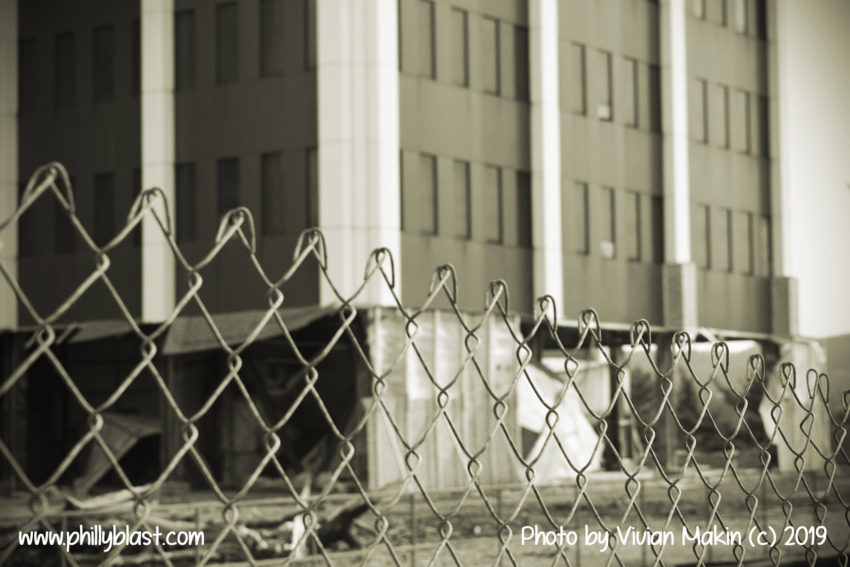 Martin Tower has been the most iconic modern building in Bethlehem, PA since it opened in 1972. Constructed between 1969 to 1971 as the headquarters for Bethlehem Steel, the tower was the first of two that were planned, but ended up being the only one built.  It was named for the company’s chairman, Edmund F. Martin.  The building rises high above any other structure in the city of Bethlehem, and at 332 feet tall, the 21-story building is ten feet taller than Allentown’s PPL Building.  It stands alone, visible from many points in the Lehigh Valley.

However, in 2019, the green light was given to the site developer to demolish the tower following over a decade of decline, vacancy, and the fall of Bethlehem Steel.  By as far back as 1987, Martin Tower came to be largely vacant due to staff cuts by its resident company.  Other companies such as Lutron and Dun & Bradstreet leased space in the tower in the years that followed.  In 2001, Bethlehem Steel filed for bankruptcy and its staff departed in 2003.  By 2007, all the remaining tenants left the tower, and the once grand symbol of American steel became the tallest abandoned building in the valley.

The property remained largely untouched as debates with the city began on what to do with it. Whether it was to remain or be demolished, the need for asbestos abatement would be necessary…and costly. The property underwent zoning reviews since 2015, and the would-be developer considered many plans.  Senior living and mixed-use residential / retail were among the top considerations for reusing the building.  However, the tower was designed to maximize window space for Bethlehem Steel’s executives, staff, and visitors.  Such a floor plan did not translate well into any sensible way to divide the floorspace into housing units in place of what used to be offices.  The lack of a fire-sprinkler system and the need to upgrade ten elevators added to the potential cost and inconvenience of trying to revitalize the tower.

With no definitive plans announced, the removal of asbestos took place through 2017.  In the process, many windows were removed or broken, and debris-chutes were put in place as contractors began gutting the building. To an outside observer, they were being anything but careful about preserving the integrity of the tower’s façade. By 2018, most of the low-rise buildings including the boiler house had been razed, and the tower became a patch work of glass, plywood, and multi-colored materials boarding up what got broken during the gutting process.  The 2019 announcements that Martin Tower would be demolished came as little surprise.

Strong evidence seems to indicate that the tower will be demolished by implosion.  By February 2019, the bottom two floors have had all walls, inside and out, removed.  The 16thand 17thfloors have horizontal cuts indicating further pre-weakening.  Being as there’s nothing being preserved on the site, and the 21-story height of the building, it’s a fair conclusion that imploding the tower will be the fastest and most cost-effective way to get rid of the building.

Bethlehem Steel will live on in the Lehigh Valley thanks to the surviving site of the steel plant in the south side of the city.  The century-old blast furnaces and many preserved massive artifacts remain on the grounds of what has been partially redeveloped into music and entertainment venues, part of the community college, and the newly built Sands Casino and hotel. Work is underway to preserve and even reconstruct parts of the old steel plant, so that even with the future loss of Martin Tower, the heritage of the Lehigh Valley’s steel industry will live on.

Read more about the decision to demolish Martin Tower at Lehigh Valley Live.