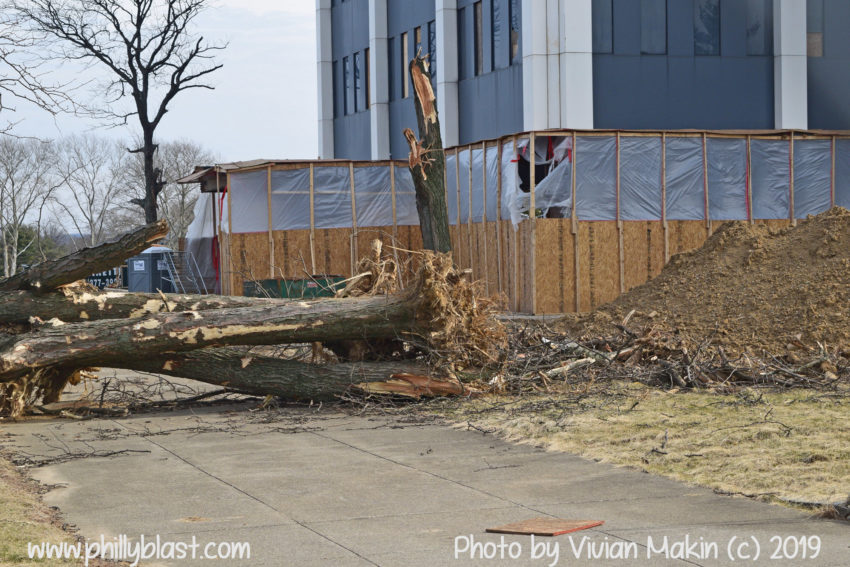 On January 28, 2019, it was announced that Martin Tower will be demolished. Although this was not unexpected, it’s disappointing to know that this iconic building, beloved by locals and former employees, will disappear from the Bethlehem skyline before the end of 2019.

Almost immediately following the announcement, demolition work seemed to ramp up on the tower and has accelerated since. Vivian took photos and video on February 10, 2019 of the progress which had become unveiled as plywood began being removed from the base. Evidence seems to indicate it’s most likely going to be imploded, although there is still no definitive confirmation of such, and if so, no date has been given either. Phillyblast will continue gathering information as it becomes available, and Vivian will have more photos and video in the coming weeks with updates on the rapid progress of prepping the tower for demolition continues.