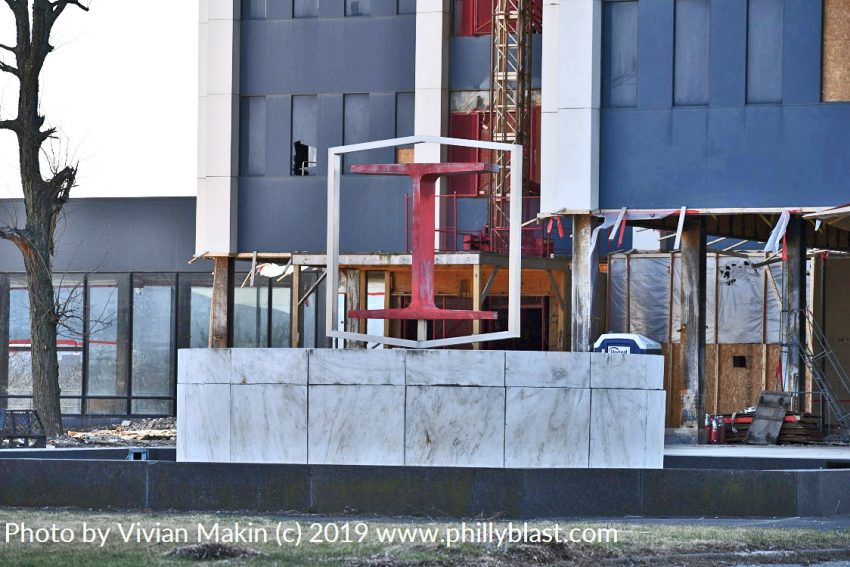 After much speculation and anticipation, Bethlehem city officials announced that Martin Tower will be imploded on Sunday, May 19, 2019. An exact time has not been set, but it is expected to occur in the early morning hours to minimize disruption to traffic and local businesses.

In mid-April, city officials expect to release additional information about the demolition plans. They will provide area map that includes street closures, restricted areas, and safe viewing areas for spectators. For now it is said that the 332-foot tall structure will fall to the east side of the site which is safe and clear.

Fans of Phillyblast and implosions in general know that blasts such as these are often subject to delay, so we will keep this site up to date with any changes or clarifications as they become available. You can read more about the official implosion date announcement on several local news media websites:

Bethlehem Steel executives broke ground for Martin Tower on the morning of August 25, 1969. The 21-story cruciform structure would become both their new headquarters and the tallest building in the Lehigh Valley surpassing Allentown’s PPL building by 12 feet.

Martin Tower was completed and opened in 1972 during a time that Bethlehem Steel was at its peak. A second tower was planned, but never constructed. The existing tower and the recently-demolished low-rise annexes have been vacant since 2007, and plans to renovate the tower into upscale condominiums fell victim to the Great Recession.

More information about Martin Tower’s history has been detailed in the articles below:

The demolition of Martin Tower has been controversial amongst Lehigh Valley residents. Despite the failed efforts to save the tower, many have shared their photos, artwork, and tributes to the iconic tower.

Although Phillyblast was created to share the excitement of building implosions, we are admittedly saddened at the impending demise of one of our favorite Lehigh Valley landmarks. We thank all of those who tried to save this beautiful tower, and we enjoy you sharing your photos and memories of it.